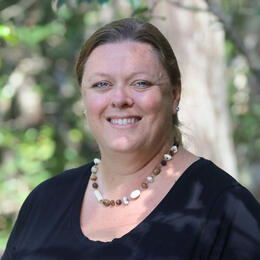 Hurricane Ian arrived at the end of a particularly wet September for Southwest Florida, bringing a lot of rain to an ecosystem that was already saturated. Corkscrew Swamp Sanctuary received 5.8 inches of rainfall over the four days of the storm, making 2022 the second rainiest September in the Sanctuary’s 63-year rainfall record.

During the 2022 rainy season  (June through September), 47.7 inches of rain fell in the Sanctuary. This accounts for roughly 79% of our average annual rainfall. Typically, we only receive about 64% of our annual rainfall during these months.

Rainfall from Hurricane Ian, both in the Sanctuary and upstream in our watershed, led to record water levels at Corkscrew Swamp Sanctuary last week.

The Sanctuary’s “B Gauge,” a staff gauge located along the boardwalk at the North Lettuce Lake, has been collecting water-level data for 67 years and provides the most complete long-term water-level dataset in our area. Water levels at the B Gauge have only exceeded the 4-foot mark five times in the Sanctuary’s history, each time associated with a major tropical event: 1960 with Hurricane Donna, 1995 with Tropical Storm Jerry (followed by Hurricane Opal the same year), 2008 with Tropical Storm Fay, 2017 with Hurricane Irma, and 2022 with Hurricane Ian.