Steve is the Communications and Volunteer Engagement Coordinator at Audubon's Corkscrew Swamp Sanctuary.

Before joining the Corkscrew family, he served from September 2012 through March 2017 as Director of Operations at the Endangered Wolf Center in Eureka, Missouri, located about 20 miles southwest of St. Louis. The Endangered Wolf Center was founded in 1971 by Marlin Perkins, famous as the original host of Mutual of Omaha's Wild Kingdom TV series.  The non-profit's mission is to protect, breed and reintroduce to the wild two species of endangered wolves, the Red Wolf (once native to Florida) and the Mexican Gray Wolf. As Director of Operations, he oversaw daily operations, as well as the website, social media, marketing and advertising, major and special events and the Education team, which was responsible for public and private tours, educational programs and volunteers.

Before launching a second career in conservation, Steve was a journalist. He spent 31 years at the St. Louis Post-Dispatch, where he was Deputy Managing Editor for News, serving as the front page editor. Previously, he worked at the Fort Lauderdale News (then published in the afternoon), including stints covering Fort Lauderdale City Hall and the Florida Legislature.

In March 2017, Steve and his wife Jackie moved from St. Louis to Fort Myers, where she serves as Communications Manager for the Lee County Visitor & Convention Bureau. In St. Louis, they lived in the historic Soulard neighborhood in a house built in 1874. Both were active volunteers and officers with the Soulard Restoration Group.

Steve has a daughter, Christine Grace Shoemaker, with her husband, John Shoemaker, and granddaughter, Evie, living in St. Louis.

Steve was born in Washington, D.C., and grew up in suburban Maryland, in Langley Park in Prince George’s County. He graduated with a BA in Journalism from the University of South Carolina in Columbia.

His mother, Nell Parker, lives in Naples. During visits from St. Louis, Steve would often take in the beauty of Corkscrew Swamp Sanctuary.

Experience the world-famous Corkscrew boardwalk in the evening light and participate in educational programs, interpretive exhibits, and enjoy live music in the Blair Visitor Center. 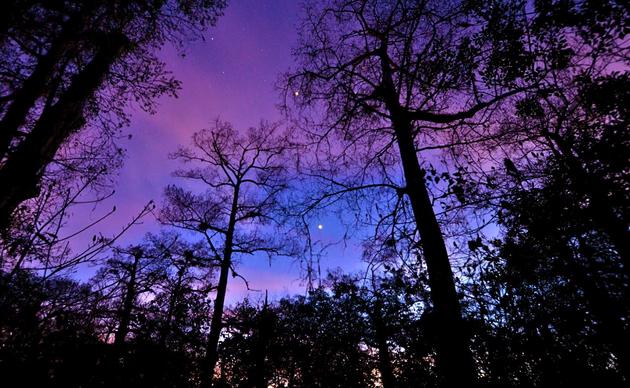