The Florida Panther (Puma concolor coryi) is the last of what was once a population that spanned the southeastern United States. Isolated now in southern Florida, this population numbers from 100-160 individuals. Their numbers had plummeted to a mere 20-30 in 1995, and the remaining individuals were plagued with genetic issues due to inbreeding. To genetically revive the Florida Panther, 8 female cougars from Texas were brought in and released. Why the Texas cougar? Historically the ranges of these two subspecies overlapped, and they are closely related. All the females were eventually removed and returned to Texas. Their offspring are considered Florida panthers though, and the population has grown now to the numbers we see today.

Florida Panthers are territorial. The males require 150-200 square miles, and they will defend them from other males. Females have territories covering approximately 80 square miles. Their territories will overlap with both males and other females. These large cats often cover 20 miles in a day hunting and checking their territorial boundaries. They prey primarily on white-tailed deer but also eat wild hog, raccoon, armadillos, rabbits, and the occasional alligator.

The primary threat to this endangered species is habitat loss and fragmentation due to development. This has led to more cats in smaller areas so there are more intra-specific fight. Roads have increased as well leading to an increase in vehicular kills. Additionally, with people have come domestic cats which can and have passed feline leukemia on to panthers, killing numerous individuals.

The Florida Panther is an umbrella species; by protecting them, we protect a multitude of other animals and plants such as Bobcats, Florida Black Bears, White-Tailed Deer, turkey, and much, much more. Additionally by protecting the lands these cats roam we are protecting our watersheds, vital for humans as well as wildlife. 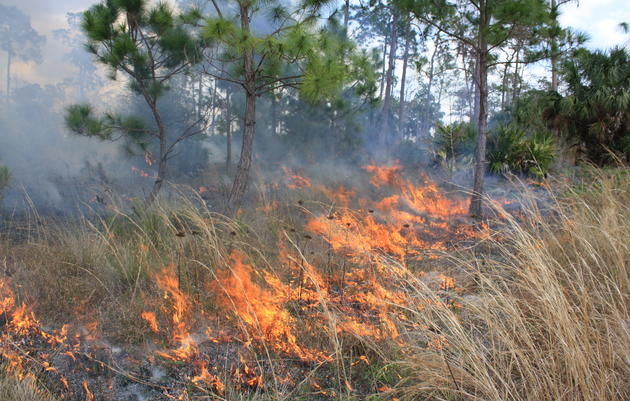 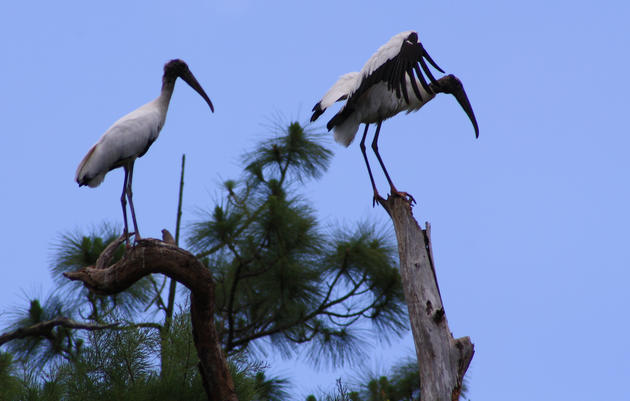 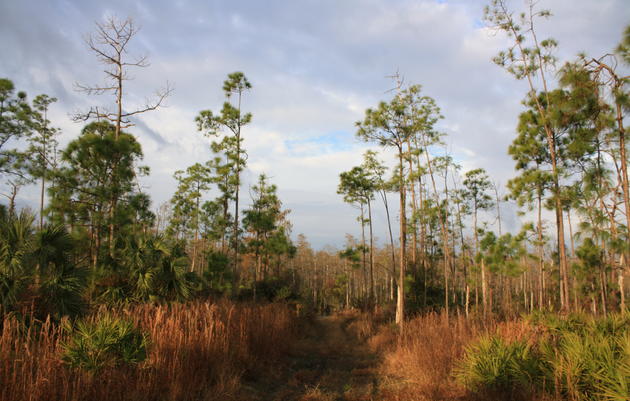 Corkscrew is a diverse landscape with a variety of habitats.